Standing on the coast of Kamakura and looking out at the Pacific Ocean, the Olympics could not feel further away.
Situated just over 50 kilometres south of Tokyo, the small Japanese city is nicely detached from the hustle and bustle of its near neighbour.

Back in the 12th century, Kamakura was the political capital of Japan, but it is now an ideal place to unwind while soaking up all of the city’s history and heritage.
It is most notably home to the Great Buddha of Kamakura – a 13.35-metre high statue of Amitabha Buddha – as well as a selection of shops and an array of temples and shrines.
Had the Olympics gone ahead with international fans present, there is no doubt Kamakura would have been a popular destination for tourists.
They would have provided a big boost to the local economy that has already suffered because of the coronavirus pandemic.
Looking around the streets of Kamakura there is very little signage promoting the Games, yet Olympic fever has still managed to find its way there.
While walking across the coastline, there is a grey-haired man swinging his baseball bat over and over again as if he was re-enacting Munetaka Murakami’s crucial home run in Japan’s victory over the United States in the Olympic final. 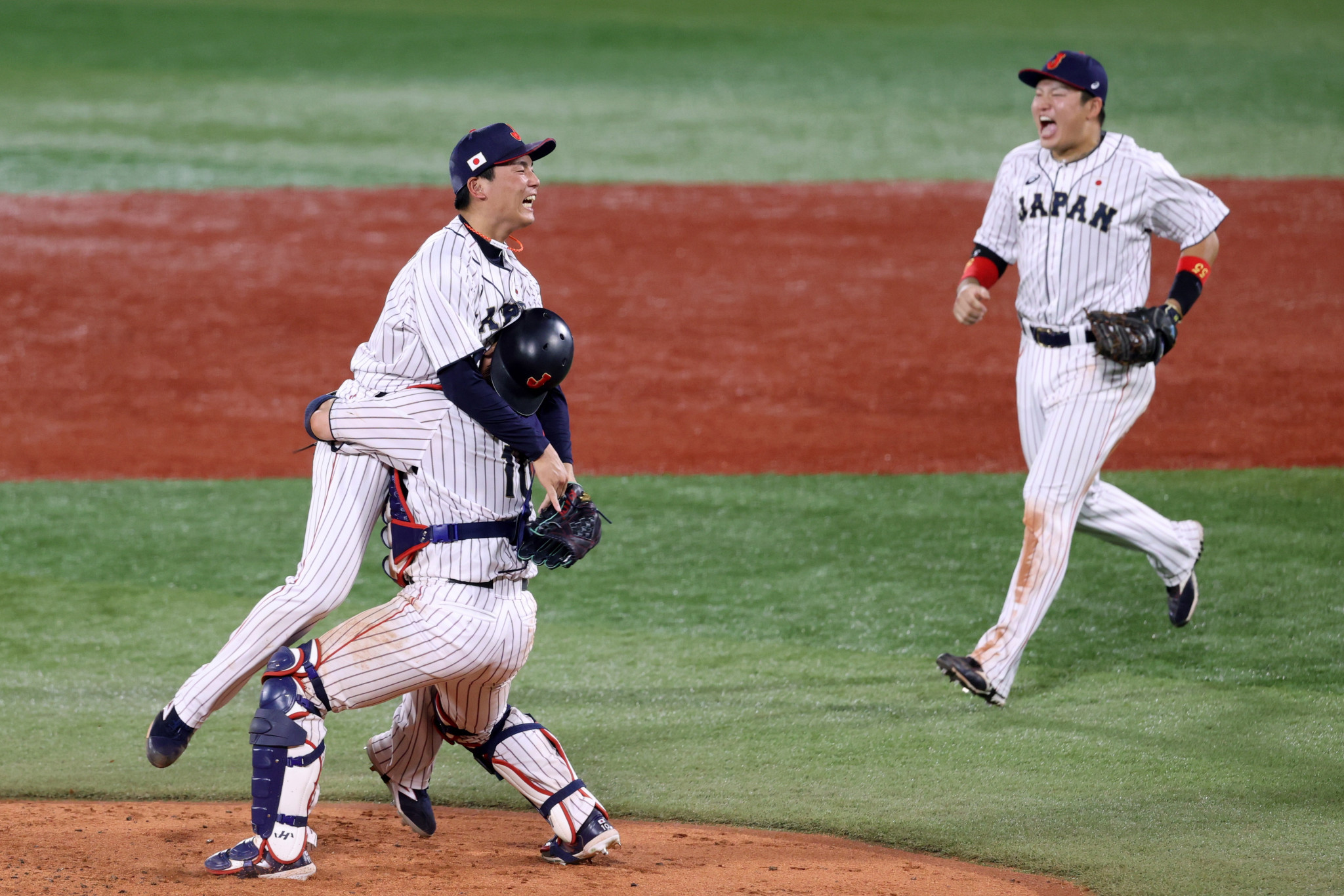 Another man who was working in a shop along Kamakura’s Komachi-dori Street takes great pleasure in waxing lyrical over the achievements of Japan’s judo team that racked up nine gold medals at the Games.
Japan achieved its best ever performance at an Olympics with 27 golds, 14 silvers and 17 bronzes to place third in the medal table behind China and the United States, but this was done in near-empty stadiums.
It was a great shame that no spectators were allowed inside the venues to see the country’s success unfold in front of their own eyes.
Can you imagine what the reaction of the crowd would have been like at a sold-out Yokohama Stadium when Japan beat the US to become Olympic baseball champions for the first time or at a raucous Nippon Budokan – the spiritual home of judo – when siblings Hifumi and Uta Abe struck gold on the same night?
The roof would have come off.
Yet the Japanese people still convey a sense of great pride when they reflect glowingly on those magical moments – even though they were not there to view it in person.
Whether it is getting selfies next to the countdown clock to the Games, visiting the Tokyo National Museum to see the special Olympic exhibition or purchasing Tokyo 2020 merchandise, a lot of Japanese people are keen to feel part of the event.
They have been barred from the Olympic Stadium, but the intrigue is perhaps even greater with many queuing up at the National Museum of Modern Art Tokyo to look closely at the work of Kuma Kengo who created the centrepiece of the Games. 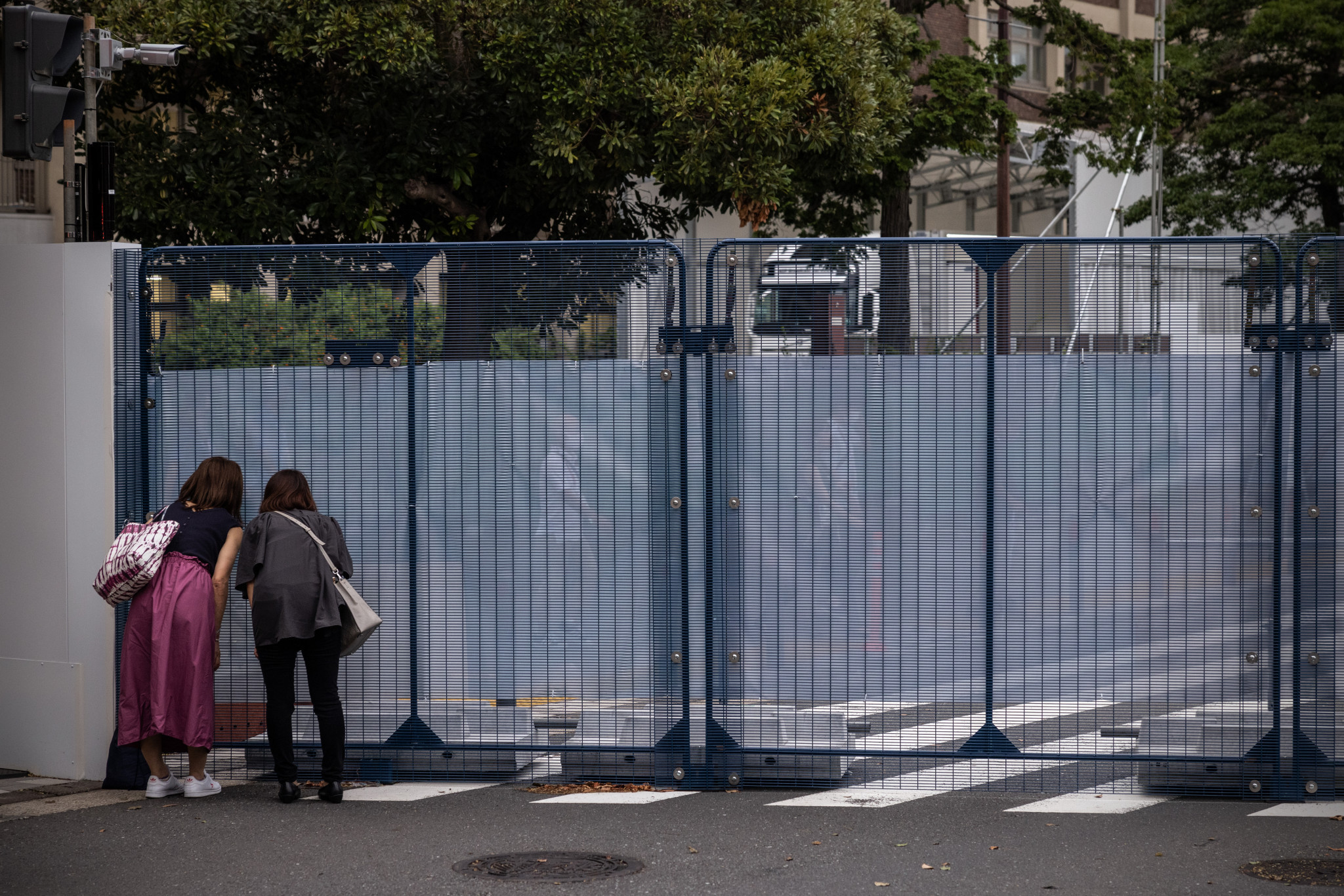 Prior to arriving in Japan, I was wary over the possible reaction of the public towards me and the rest of the travelling media.
There were so many people opposed to the Games over fears that the media and other participants could increase the spread of coronavirus.
But there has been nothing but smiles from all the volunteers who are always happy to help and the general public have made us feel very welcome here.
Since completing the 14-day quarantine period, it has been great to see how much of an impact the Games have had on the nation while excitement builds for the Paralympics.
„You are very lucky“ is often the response I get when I say I am working at the Games as they are forced to view it through their television screens instead, but the Olympics have still captured the host nation’s hearts.
Tokyo resident Hayato Fujisaki, who lives and works in the capital, admitted he and his family had been reduced to tears by some of the extraordinary performances of athletes.
He was thrilled by the success of Japan’s baseball team, overwhelmed by the brilliance of Japanese teenager Momiji Nishiya who won gold in the women’s street skateboarding competition and amazed by the sportsmanship showed by Italy’s Gianmarco Tamberi and Qatar’s Mutaz Essa Bershim who agreed to share the men’s high jump title after reaching the same height. 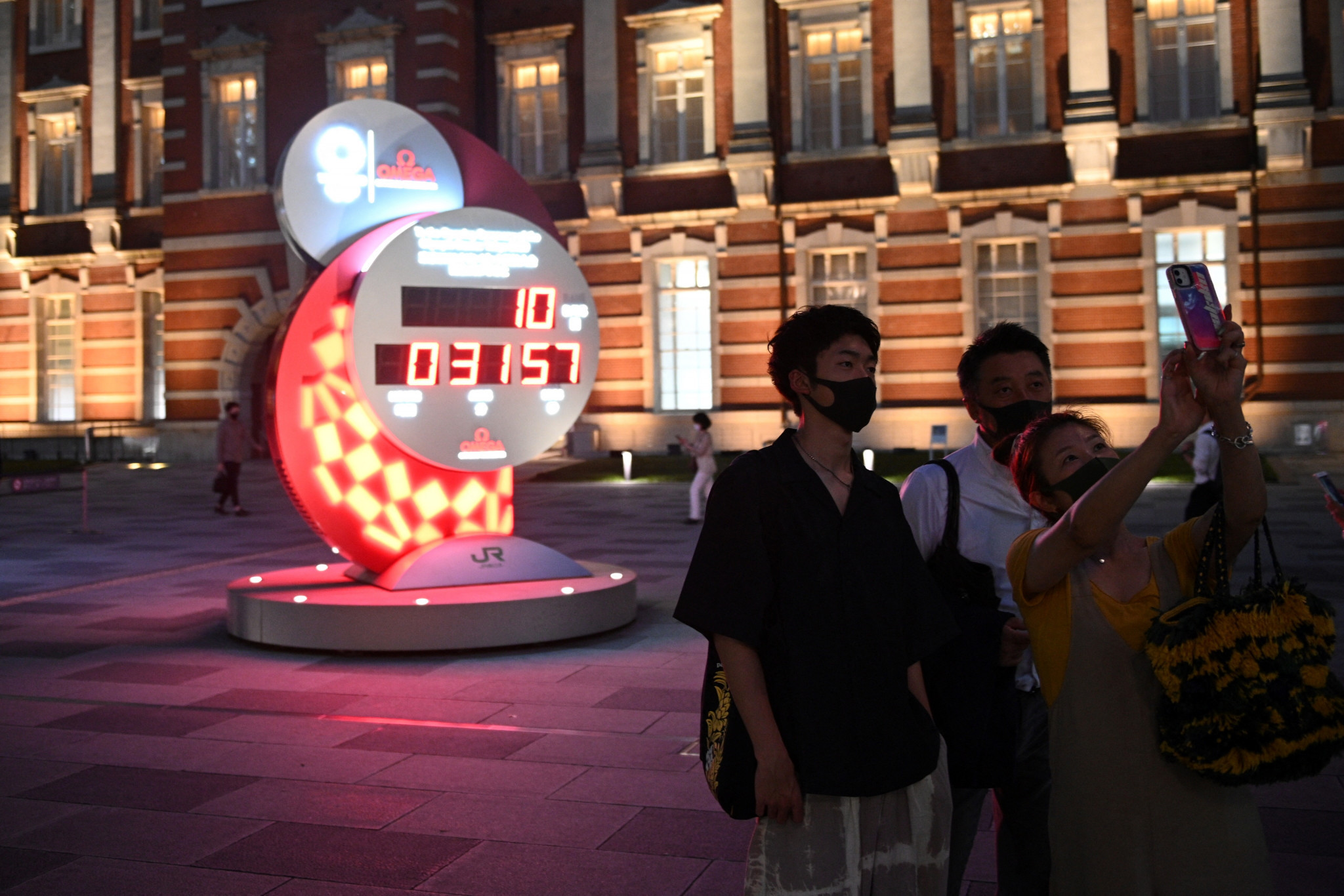 „I was really motivated and amazed by what I saw,“ said the 24-year-old.
„I was working long shifts, but I came back and watched the Japanese baseball players beat the Americans.
„It was inspiring.
„When the 13-year-old girl won the gold medal in the skateboarding I was crying watching it on TV.
„There was also a white guy and a black African guy get equal scores [in the high jump] so they decided to both get the gold medal.
„The moment when they hugged each other my mum was crying so we have got so many moments that give us hope in this pandemic.
„It’s hard to find positives but looking back in history there were many good things [at the Olympics].“
More than 500 cases of COVID-19 were associated with the Olympics after over 675,000 tests of accredited personnel were carried out.
Infections are on the rise in Tokyo with 4,295 cases reported yesterday.
Fujisaki believes the increase in coronavirus figures has been linked to the Olympics. 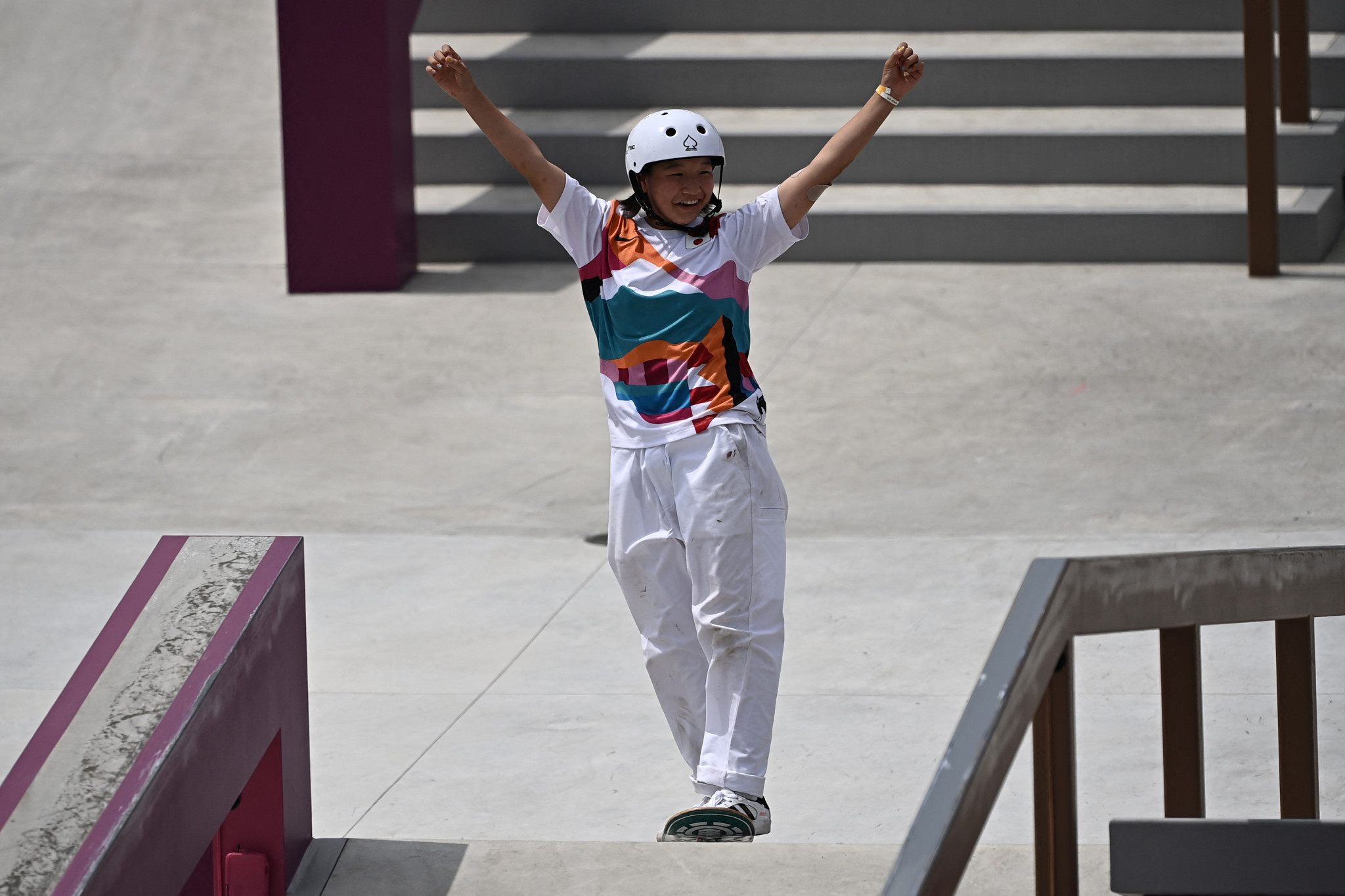 But the 24-year-old is sorry that participants have been unable to enjoy Japan after Georgian judoka Vazha Margvelashvili and Lasha Shavdatuashvili were told to leave the Games after breaking COVID-19 protocols.
„I saw the guys from Georgia who went out to see something but were punished,“ said Fujisaki.
„It is shame as we want to welcome people but the situation is really tough now.
„It’s getting worse and worse.
„You can watch the TV and see that everyone are complaining that the Government can’t control the situation and that people have started to be less careful about the virus because we have the Olympic Games on.
„Everyone was afraid of the Olympics before the start but once the Games started people have got excited.
„I think they are more motivated to play sport.“
It was confirmed today that the Paralympics will also largely be held behind closed doors due to the state of emergency in Tokyo – delivering another blow to organisers and Japan as a nation.
But as the Olympics proved, this will not stop the Japanese people from being captivated by the action.